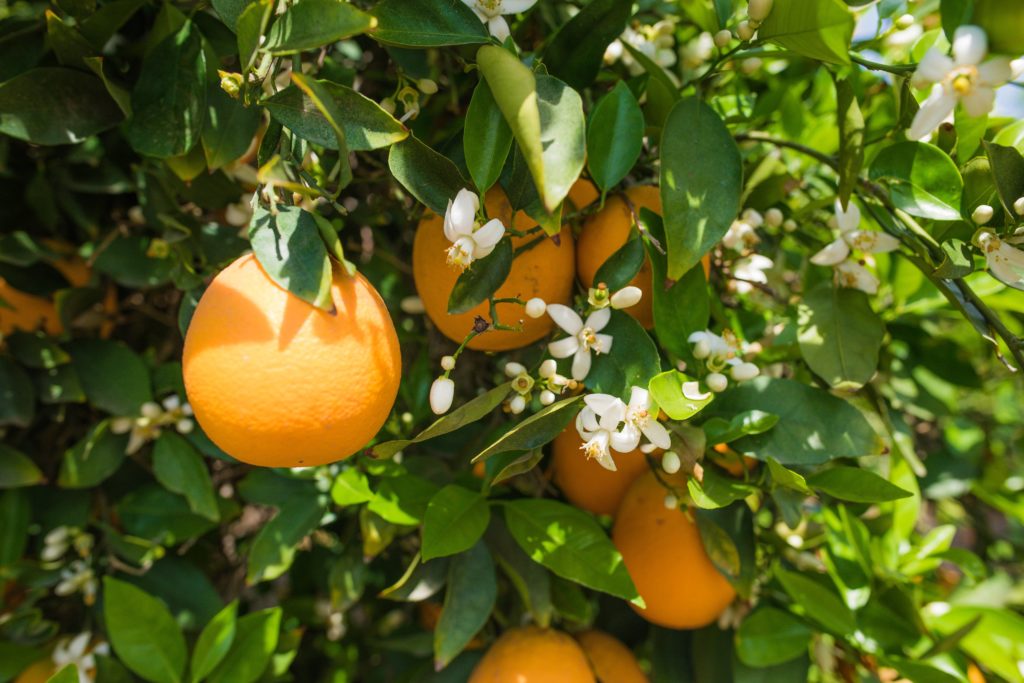 Officially, Nick Stridsberg has been managing San Gabriel Ranch for seven years, since he took the reins at the 100-acre organic fruit farm in Valley Center while earning a degree in Business Administration at San Diego State University. Truthfully, he’s been in the business for literally his entire life. “I’m sitting about 100 yards from where I was born and raised, on the original parcel of land that this farm was started on,” he says. “Now I have an office here. It’s come full circle.”

At only twenty-nine years old, Nick talks about farming with an edge in his voice, a sign of the hard-won wisdom of someone who’s been tested by the system and has seen his profession get tougher year after year.

“The price of fruit has not transitioned with the rising cost of labor, supplies, equipment, and water,” he says. “Producers like us are getting squeezed from every direction. Giant retailers want ever-lower prices on their organic produce, which ultimately comes back to us farmers. Conglomerates are doing everything at scale, cheaper and cheaper, pushing small family farms out. Importers are also hurting U.S. farmers.”

His tone changes, however, when he describes the opportunity he does see—a turning point he was initially forced to face last year, but now believes was a critical transition for San Gabriel Ranch, and a way forward for the future of farming in San Diego County.

“Our old business model was to sell bulk fruit to packinghouses. That allowed us to offload huge quantities of produce very quickly—but it’s the least profitable option, and we had no idea where the fruit was going next,” Nick says. “Now, we’ve transitioned to almost all direct sales. We no longer pack or market outside, we do it ourselves. We’ve built up a customer base through direct relationships with local retailers and institutions, and some processors outside the County.”

The transition began when Nick packed 200,000 pounds of lemons for a packinghouse outside of San Diego County, and was paid only $0.10 per pound—far less than what the fruit was worth. “It wasn’t even enough to pay my water bill,” says Nick. Later on, one of his main customers, a packinghouse in Oceanside, went out of business. “For us, this was the moment we either had to find a new customer, or go out of business ourselves.” He dug his heels into making phone calls, sending emails, and forging new relationships, and started by selling fruit to school lunch catering services through an introduction made by CHIP’s Farm to Institution Center, local business Daily Harvest Express, and others.

In spite of remembering this anxious period of pivoting the farm’s business model just ahead of a pandemic year, Nick’s reflective tone gives way to hope, and a deep resolve—for creating a safer and more secure future for fellow farmers in San Diego County.

“We survived a critical turning point, but a lot of people don’t have reserves for that,” says Nick. “I want to start a co-op, getting a bunch of farmers to push sales together. I’m thinking about how I can start my own packinghouse of sorts, a distribution operation that sources from all the small farmers in the area to feed our region. I’ve also thought about starting a juice business here, to process all the citrus that’s prevalent in San Diego County.”

For now, though, Nick has enough work on his hands with just San Gabriel Ranch. “We’re 100 acres, but we’re still a small business. At the moment, I’m the compliance, I’m the delivery driver, I’m fixing tractors, doing the books, writing paychecks. We’ve also recently transitioned thirty acres of avocados into exotic fruits that will get us a higher price per pound than many other crops,” he says. He urges new and beginning farmers to start small, and diversify.

Nick Stridsberg is a second generation farmer at San Gabriel Ranch in Valley Center, a 100 acre family farm growing 15 different varieties of organic tree fruit. Growing up on the land, Nick got accustomed to the farming lifestyle and it was only nautral for him to start taking over farming operations after returning from college.