We are fortunate in California, where 25% of land is devoted to agriculture, there are over 70,000 farms, and we generate more agricultural sales—$46.2 billion—than any other state in the country. We also border the Pacific Ocean, which is home to thousands of species of fish, including the largest tuna fisheries in the world.

Yet, even in a food system as large, diverse, and dynamic as California’s, San Diego County stands out. No county in the United States with a population as large as ours—3.34 million—has higher combined agricultural and seafood sales, at over $1.8 billion annually.

San Diego County is the twelfth largest county in California by agricultural sales, and has the highest number of farms and producers—and the most relatively diverse producers—of any county in the state. Nursery and greenhouse production have generated the majority of sales since the 1990s, but San Diego County is also the top avocado and fresh tomato producer in the country, and has 545 organic farms, the most of any county.

San Diego was once known as the “Tuna Capital of the World,” hosting a large fleet of tuna seiners and tuna-processing canneries, along with a variety of other fisheries. By the early 1980s, most of the canneries had moved offshore to U.S. territories and other countries. This was largely due to regulatory pressure, lower labor and processing costs overseas, and less stringent environmental oversight in other countries. Despite reduced fleet sizes, San Diego County’s fishing communities have remained vital because of the continued productivity of the ocean’s ecosystem and the proximity to large urban centers, which connect our region to domestic and global markets.

Today, San Diego County’s catch is more diverse than ever, with California spiny lobster, spot prawn, and red sea urchin generating the most sales. Dozens of other species are also caught by fishermen in San Diego County. The value and total pounds of seafood landings in the region have consistently averaged over 2 million pounds and $9 million in sales for the past 20 years . The year 2019 saw a big jump to 5 million pounds and $11 million in sales, mostly from bigeye tuna landed by fishing vessels that returned to San Diego due to growing interest in direct markets. Seafood today is 0.6% of total agricultural and seafood sales in the County.

Fruits, mostly avocados and citrus, accounted for approximately 63% of the value of food produced in San Diego County in 2019, while vegetables accounted for 24%, eggs at 6.4%, cattle and calves at 2.4%, seafood at 2.1%, chickens 0.9%, field crops at 1.3%, and apiary products at 0.7% of sales. The total amount of food produced, grown, or caught in San Diego County annually has remained relatively consistent around 400 million pounds of food at a value that has fluctuated from $550 million to $788 million over the past 20 years.

Global, national, and state trends however, all highlight declines in both land in agriculture and commercial fisheries landings. Farmers and fishermen in San Diego County are no exception, and the resources they depend on are at risk. In addition to increasing market concentration, there are several challenges to sustaining food production in the region, including growing development pressure, declining agricultural lands, increasing costs of water, the changing climate, aging producers, limited support services, and rising inequality.

Moving forward, we must proactively invest resources and significant funding to support food producers in the region, including urban and rural producers, small and midsize producers, socially disadvantaged producers, and producers of color.

Land and oceans are vital for life. As stewards of these resources, farmers, ranchers, and fishermen play an essential role in feeding local communities, protecting our natural environment, and fighting climate change. In San Diego County in particular, we have some of the most responsible land and sea stewards in the country. Preserving agricultural land and soils, supporting farmers, ranchers, and fishermen, and investing in long-term food production in San Diego County will be essential to securing a thriving, local, and resilient food supply for today and decades to come. 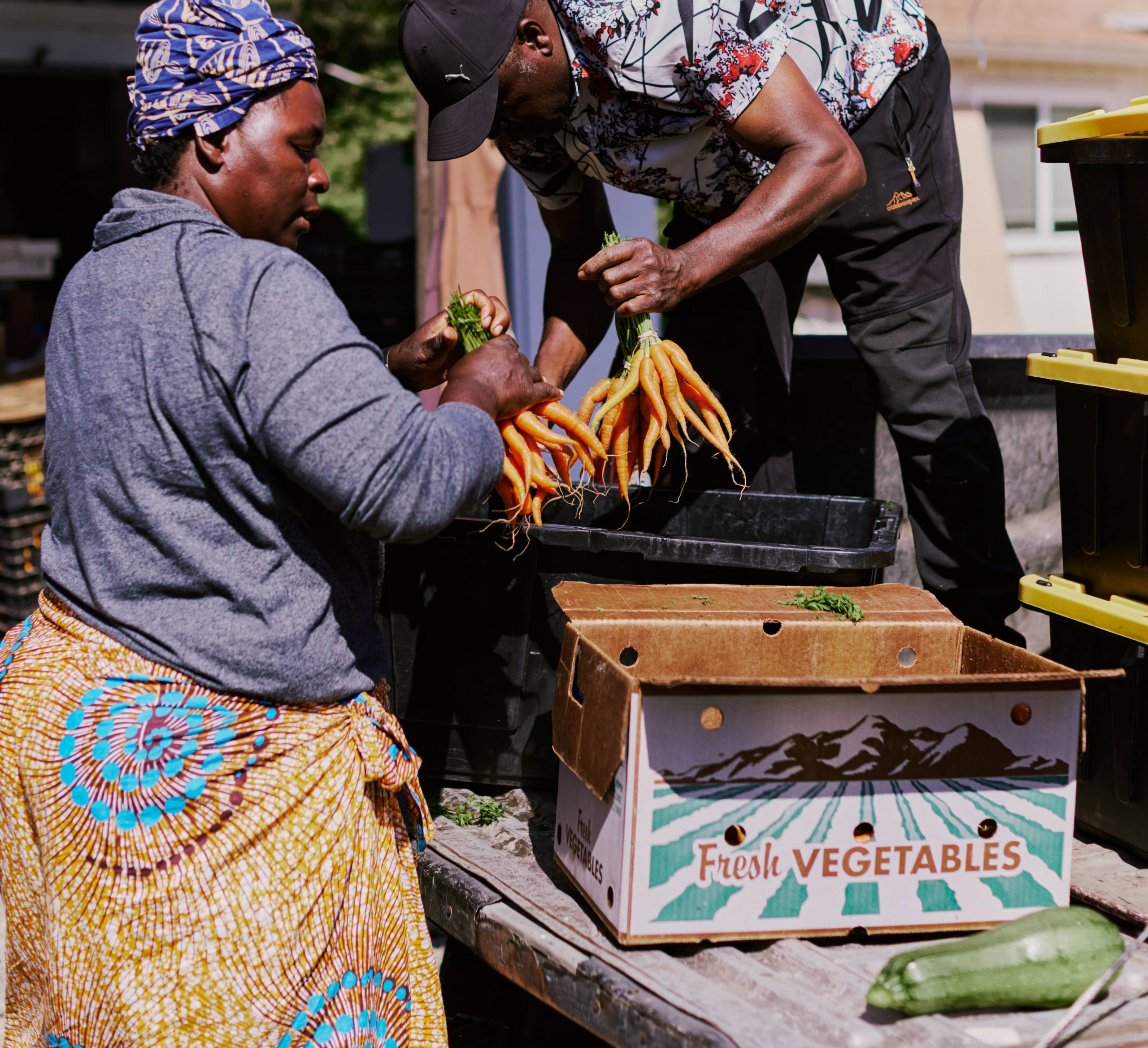 Land in agriculture has steadily declined over the past several decades.

From 36% in 1954, today agricultural land in San Diego County makes up just 8% of the County’s land surface area.

The loss of fruit, vegetable, and vine crops is particularly striking.

Fisheries in San Diego nearly collapsed, and are just beginning to rebound.

In the 1980s, most fishing and canning businesses closed or moved out of the region, resulting in the near collapse of the tuna industry in San Diego.

Climate change is dramatically impacting food production across the country and in San Diego County.

Farmers in San Diego County are aging, and there is limited support for beginning farmers.

San Diego County has the largest cohorts of farmers between the ages of 45 and 75+ than any county in California. The average age of farmers in San Diego County is 62 years old. Without an adequate plan for succession, farms are likely to go out of business, be absorbed by neighboring farms, or be converted to non-farm uses.

Black, Indigenous, and people of color experience some of the lowest rates of farmland ownership.

Nationally, Black farmers make up 1.3% of producers and operate only 1.7% of U.S. farms and 0.5% of land in agriculture. Native American farmers make up only 2.3 percent farmers nationally, and less than 1 percent identify as Asian American.

Investing in the next generation of producers

Strategies at a Glance

Read the Next Objective