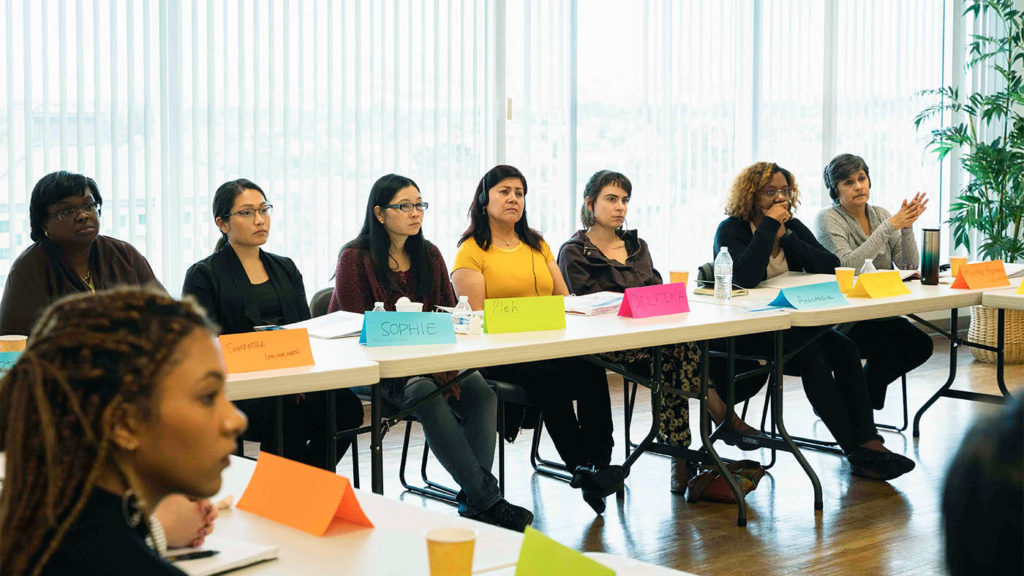 The people who are most adversely impacted by governing body decisions on issues like justice, land use, and public policy are rarely at the table when those decisions are made. There are a lot of White, older men making decisions on issues that have tremendous effects on BIPOC communities.

Mid-City CAN is addressing the issue by recruiting thoughtful, engaged, and knowledgeable members of the community to take part in six-week training programs that produce community advocates to serve on local boards and commissions.

“The people who are most impacted by these decisions should be in positions of power,” Martinez said in regard to the communities of color being historically left out of official decision-making circles.

In many cases, she said that the causes are a lack of confidence and comfort stepping into rooms where no one looks or talks like them, not a lack of passion for the issues.

She said that the program to train community members to join governing boards began out of necessity.

“A lot of our campaign objectives require decision-makers,” she said in regard to instigating changes in public safety, criminal justice, and land use. If the boards don’t reflect the communities, the agenda of those boards don’t reflect the community. The decisions of those bodies should not be completely in the hands of people whose families will not bear the consequences of those decisions.

When she was first a commissioner at 20-something years old, Martinez said that she had a lot to learn, but it didn’t mean that someone who looks like her didn’t deserve a seat at the table. It means that when inequity and exclusion are the prevailing force for so long, inclusion requires education and training.

“I didn’t really know what my job was for a while,” Martinez said. “I had an orientation and that was it. No one told you that you had the right to put something on the agenda. Or you could change the meeting schedule to be more accessible for the community. I was a quiet commissioner. I didn’t know.”

Slowly, she learned and developed her voice but she didn’t see the need for others to endure the same learning curve.

COVID-19 is a perfect example of how governing bodies can have a tremendous impact on BIPOC communities. Those communities were hit the hardest. It’s not always a given that a BIPOC candidate or official will make the best choice for a BIPOC community, but it radically increases the compassion and beneficial policies for BIPOC communities and the issues they face.

“I’m happy to know we have a Black woman in charge at the county level for public health. When there is BIPOC at this level of policy making, you change the conversation,” Martinez said. “You lift up the inequities. You shed light on the inequities.”

She said diverse agencies, boards, and governing bodies are not just about simple demographics. It is important to diversify where people live to ensure proper representation at a community level.

“It’s not that there is a shortage of people who would want to participate,” Martinez said. “We need better outreach.”