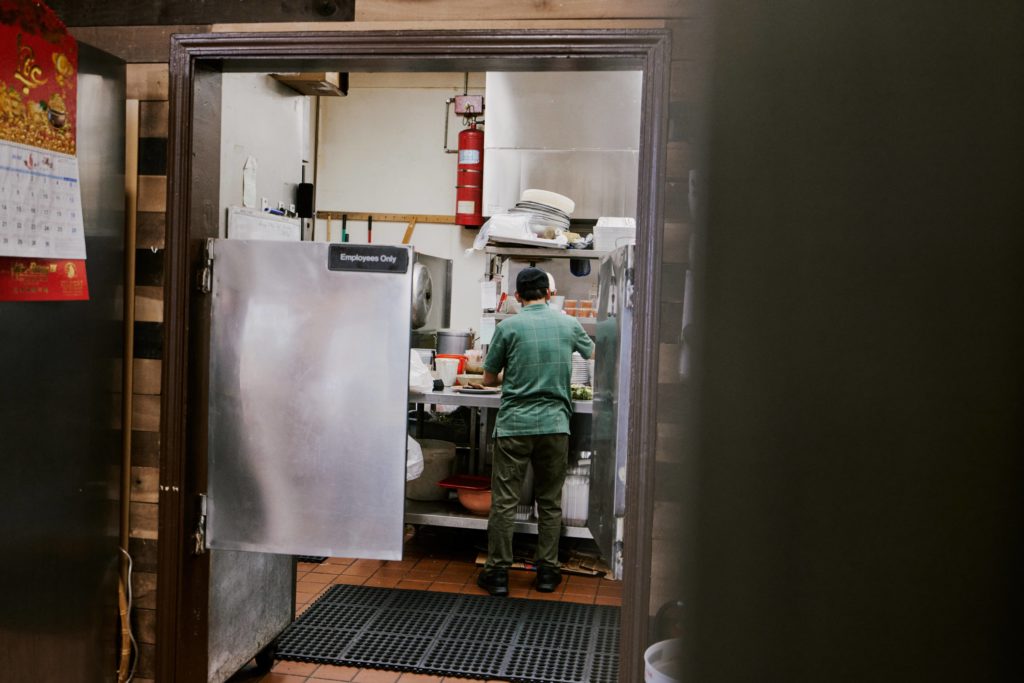 For many workers, long-term job security, employment benefits, and work protections are a thing of the past. As our economy bounces from crisis to crisis, a growing number of people earn a living through freelancing, temporary gigs, or what is known as informal work—labor arrangements characterized by the lack of enforcement of existing legal or social protections. Economic informality preys on vulnerable workers, including immigrants, people of color, and women who face significant barriers of entry into formal jobs, and exacerbates their vulnerability by removing the safety net to which they are entitled. About 30 million people work informally in the United States and this number has been rising, especially since the great recession – a fact that does not bode well for the anticipated post-COVID recovery.

Nowhere is informal labor more widespread than in the food economy. Regardless of the approach used to measure this elusive phenomenon, food services consistently emerge as the occupation with the most informal workers. Informality is also common in farming, food retail, and food manufacturing. In San Diego, there may be as many as 65,000 informal workers in the food economy alone. From fields to food processing plants and restaurant kitchens, a large proportion of workers are hired “under the table.” This includes undocumented workers picking fruits for agricultural corporations and earning less than the minimum wage, factory bakers working night shifts without breaks or overtime pay, cooks in high-end restaurants working while sick because they would otherwise not be compensated and possibly lose their job, and misclassified food delivery workers pushed into self-employment through sub-contracting. Informal labor also comprises self-employed workers operating unreported businesses, such as some street vendors, home-based cooks, and growers, although such occupations represent a small fraction of the informal economy.

COVID has exposed rampant informality within the food industry, revealing the extensive lack of protections that have caused many food workers to get sick and die. In fact, economic informality is one of the biggest risk factors as witnessed in the disproportionately high rates of mortality among restaurant, grocery, and farm workers in California, most of whom are Latinx. While some of us are able to telework and have groceries and meals delivered to our door, food workers have to show up for work to get food on their own tables and keep the economy going, whether or not they are provided with adequate protections.

The informalization of the food industry did not happen by accident. It is the result of economic restructuring and policy decisions that have created both a supply of vulnerable labor and a regulatory vacuum where it became easier (and cheaper) for employers to avoid existing laws. For example, decisions to dismantle welfare, ignore or remove hard-fought labor protections, incarcerate massive numbers of people, prioritize shareholders over workers, reject universal healthcare, and fail to pass immigration reform have all contributed to the production of a very precarious workforce for whom informal work may be the only option to make ends meet. Such policies are based on the false notion that economies strive on low-cost labor. If instead, we were to consider the wellbeing of workers and their communities, we would support policies to curb informality while encouraging entrepreneurship. We could begin by enforcing existing regulations—not to punish the poor and criminalize their livelihoods as is often the case, but to protect them. It also involves envisioning creative ways to formalize informal jobs by organizing street vendors, streamlining business permitting processes, improving access to credit, providing technical assistance, creating pathways to citizenship, removing barriers to employment, and reweaving the social safety net that has been unraveling since the 1970s. There is no better and more urgent place to start than the food system: we all depend on it.

⁶ Pascale Joassart-Marcelli. 2019. Neoliberalism, Globalization, and the Magnification of the Informal Economy. https://www.kcet.org/shows/city-rising/neoliberalism-globalization-and-the-magnification-of-the-informal-economy

Pascale Joassart-Marcelli, PhD, is Professor of Geography and Director of the Interdisciplinary Urban Studies Program at San Diego State University. Through her research on urban geographies of food, Pascale is committed to addressing the issues of urban poverty, social justice, gentrification, and immigration resettlement.