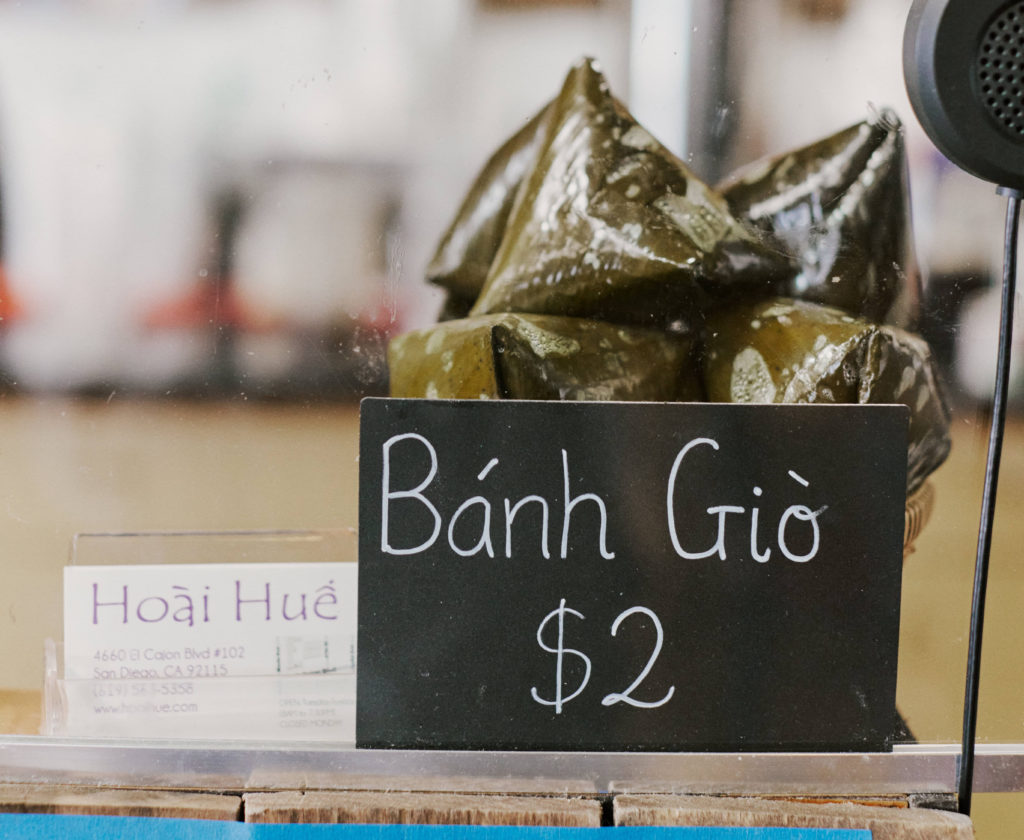 In 1984, my parents immigrated to the United States from Vietnam. My father worked in construction and my mother started a catering business from our small apartment. She specialized in cooking central Vietnamese food, and catered to a small network of friends and family at the time. After my father was laid off from his job, my parents decided to use their savings and open a small, four-table restaurant, Hoài Huế Eatery, in 1993. In 2010, we decided to expand from a hole-in-wall location to a 16-table, full-service restaurant in the same Little Saigon district of the City Heights neighborhood.

In the spring and part of the summer of 2020, COVID-19 caused us to temporarily close our restaurant completely, until things seemed to improve. We were granted the ability to serve take-out; however, since my parents and most of our staff are over the age of 60, we decided that it would be in everyone’s best interest to not stay open during the peaks of the crisis.

We applied for a few grants and loans to prepare for a worst-case scenario in the future, if we were unable to pay our rent and bills. I am part of the Boulevard Business Association, who pointed me and other restaurant owners in the Little Saigon neighborhood to these resources.

Months into the pandemic, we could still say we were in the fortunate position of having been around for a long time—for years, we had diligently saved for an emergency like this. But a lot of newer restaurants did not survive. That’s whom I feel the most for.

The relief that many restaurants needed did not come from the federal government. They had the resources, but they did not do enough. Whereas we all remember the headline that Shake Shack gave back the $10 million it received from the SBA’s Paycheck Protection Program, my business was never approved. Nobody even reached out to talk about my application. What support the federal government was too broad to make an impact on true small businesses. “Here’s an enormous sum of money—but it’s a free-for-all to determine who receives it.”

I believe that for small businesses to survive—both the pandemic and other ongoing challenges like rising rents, gentrification, costs of doing business, and regulations—is if we seek (and are granted) help from our local government. Only on the local level can I hope that decision makers know who we are and recognize our importance.

In the Little Saigon district within City Heights, one of the biggest concerns for business owners and residents is how people will interact with one another going forward. Our community is close-knit, very used to gathering and checking in on one another across the street. The neighborhood is densely populated and neighbors hang out. This is typical of immigrant communities—they are intergenerational and not shy about their interdependence. On a related note, racism toward the Asian community is another impact that has hit close to home.

The one thing that helped us survive the year was practicing social distancing and taking care of our communities’ health. We’re still taking this time to be with our family, our significant others, whom we never had energy for before this wake-up call, because we were always working. That’s part of the problem. Focus on your people. The sooner we act collectively, the sooner we move past any crisis.

What’s at stake if we lose independently owned restaurants and small food businesses is the American dream. The dream of starting at the bottom and creating something that doesn’t last just one generation, but multiple generations. When my mom started this restaurant in 1993 after immigrating to the United States from Vietnam, she was driven by two things: her passion for cooking, and her need to support her family. She delivered on both fronts and we need to continue to allow for this to be a reality.

COVID-19 has taught us that we make a bigger impact on each other than we think. Everyone is connected and everyone is affected, but together we can move on from this crisis and learn as a community.

Hiep Diep is the owner of Hoài Huế Eatery, a Vietnamese restaurant in the Little Saigon district of City Heights. Hiep's parents opened the small eatery on El Cajon Boulevard in 1993, after immigrating from Vietnam, later expanding to a larger 16 table operation.