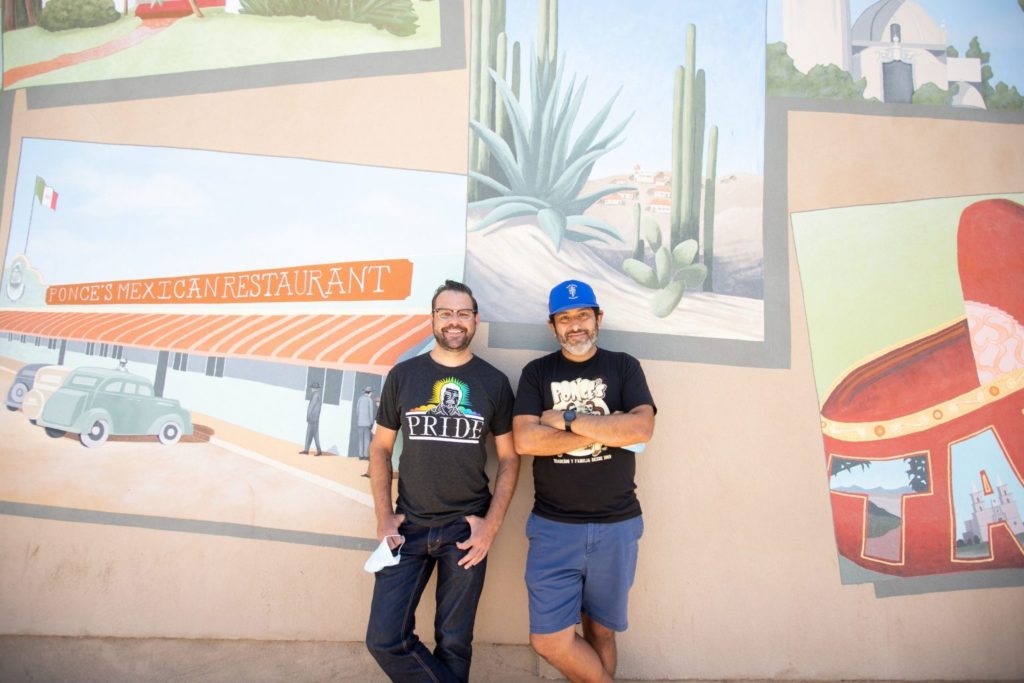 Mikey Knab runs three restaurants and works with more than 800 restaurant owners. He hates to tell you this, but those breadsticks aren’t free. Neither is having accessible housing, childcare, and insurance, but he doesn’t often have to tell people that.

He’s not shy about dispelling myths about the food industry whenever he gets a chance, but widespread biases continue. His personal mission is simple: Everyone deserves a living wage for their honest and earnest labor. That means the dishwasher, the barback, the hostess, the sous chef, the janitor.

“The race to the bottom is not only hurting restaurant owners. Workers are hurt very badly by this,” Knab said. “To find a way to make your food cheaper, you have to source it less responsibly, and cut the costs that you can control, which often means taking it from labor, the one variable that owners feel we have the most control over.”

Seeking justice in the restaurant industry didn’t become Knab’s lifelong passion until college. It happened by accident, but it wasn’t a mistake.

He had just finished a literature degree at UC San Diego and was in the process of applying to doctoral programs when he was sidetracked by an opportunity to work with his friends, who had recently taken over the well-loved Ponce’s Mexican Restaurant. He loved that the family-owned business was a valuable contributor to the community—not just in terms of providing vital jobs for its workers, but also a place for celebrations, sustenance, and socializing.

He took over the operations of Ponce’s in 2007 and soon opened new restaurants in Portland, OR and San Diego’s North County.

Knab has a vision for restaurant employees being able to afford living near their place of work. At Ponce’s, he strives to pay all employees livable wages so that this is possible. It’s a radical concept because restaurant employees, especially back-of-the-house, historically receive extremely low wages. Low staff wages are not caused by a lack of empathy from many restaurant owners. For many, it’s a lack of confidence that customers, higher-status employees, and the restaurant community at large will care enough about lower-paid workers to not question necessary changes to compensation and menu pricing, and being more vocal about larger policy challenges, that would make more equitable pay possible.

Knab does not lack this confidence.

His program, High Road Kitchens, conceived in response to COVID-19, provides a combination of public and private dollars to restaurant owners who commit to ensuring livable wages and increased equity for their employees when the industry fully re-opens in 2021. Restaurants in the program also commit to providing food on a sliding scale to low-wage workers, health care workers, first responders, and others in need. Finally, they follow High Road employment practices—specifically wage, race, and gender equity in recruitment, hiring, training, and promotional practices.

“The pandemic has revealed a pathway to a new future for the service sector,” the program’s website says. It launched with a first cohort of 50 independent restaurants in California, with the support of Governor Newsom.

RAISE: High Road Restaurants is the broader network organization under which the High Road Kitchens program falls, which Knab also oversees. It houses additional programs and strategies for achieving the long-term vision of transforming the service sector. The network provides resources and training to its member restaurants, monthly conversations, peer-to-peer learning opportunities, consumer education resources, and connects a nationwide community of like-minded owners committed to taking care of their employees.

Supported by One Fair Wage, both the High Road Kitchens program and RAISE: High Road Restaurants network are on a mission to ensure that all workers have a secured, dignified job with a clearly communicated path to growth.

While Knab has his sights set high with the nationwide High Road family, he is still dedicated to the people and places that make up his home community. He serves as the Board Chair for Business For Good San Diego, saying, “I love being a part of Business For Good San Diego because it allows me to serve my community in more significant and meaningful ways. I feel immense satisfaction from knowing that we work hard to change policies that improve the lives of the people living in our communities.”

Mikey Knab is the Director of Operations at Ponce Restaurants, board chair at Business for Good, and the National Strategy Director for RAISE High Road Restaurants. After joining the Adams Ave Business Association in 2009, Mikey's drive to advocate for small businesses grew, founding Business for Good in 2017. As National Strategy Director, he translates the needs of restaurant owners/workers, to policy makers across the country.